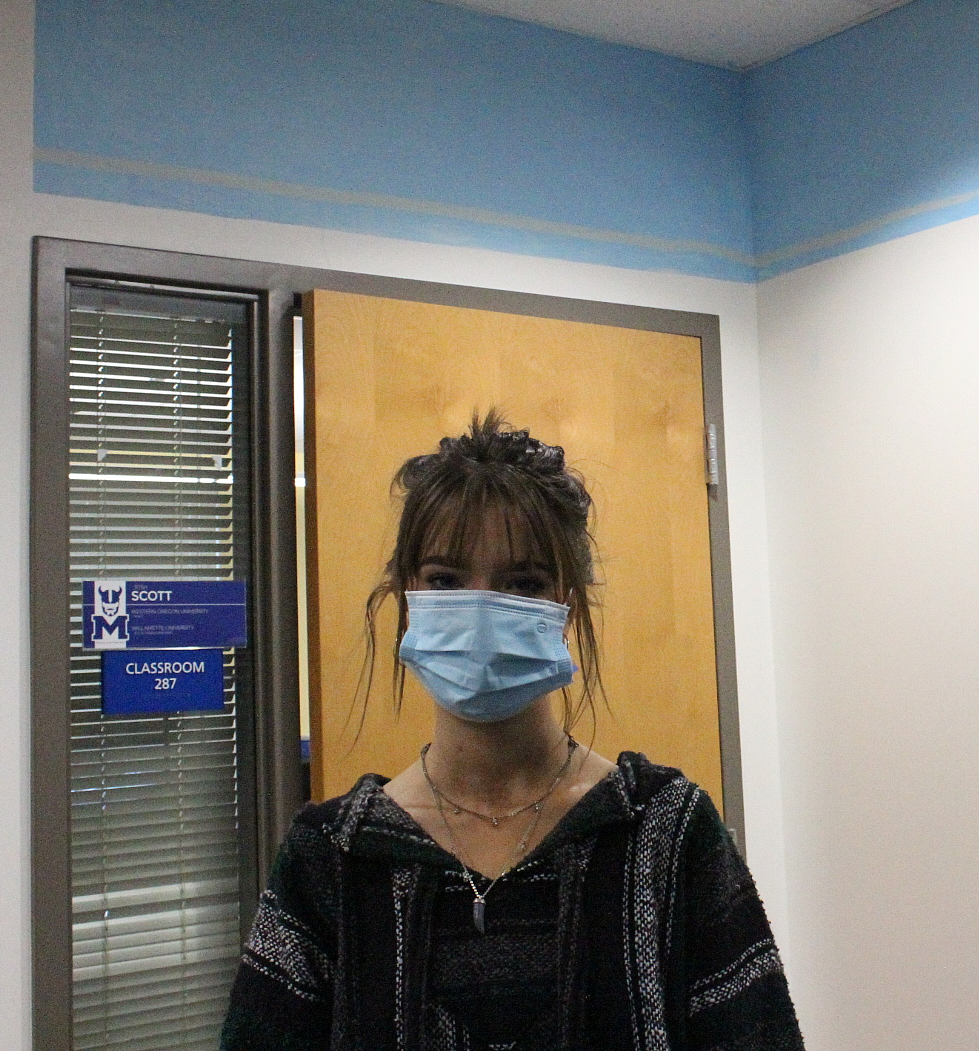 Myah Sallee is a junior at McNary high school and an artist currently painting a mural that will be seen by hundreds of students a day.

The big project she is working on is the aforementioned mural above Mr. Scott’s room.“ It’s kind of like trees and stuff just like a forest in the Bob Ross style. It’s just a lot of blue right now though,” said Sallee.

The location of the mural is in the math hall on the second floor and will be seen by students passing by every day. When asked where her work is usually displayed other than in mural form, Sallee said, ” Just my sketchbooks or Mr. Kohley will frame it or something.” This is a definite contrast.

When asked how long she has been doing art Sallee said, “Since I was really little, like 4 years old.” She gets her inspiration from Salvador Dali and Bob Ross,” I like really trippy artists,” said Sallee.

Sallee’s drawing skills range from a multitude of people, places, and objects,” Right now I draw people, mainly females, somewhat like portraits.” She even sells her work. When asked what artworks of hers sell, Sallee said, “ Some women portraits, and actually a picture of someone’s dog once.”

When creating her art Sallee first starts with a sketch, followed by foreground or base, and after a few other stages, “ I blend it all out basically,” said Sallee. Her favorite medium to use when creating is colored pencils.

She sees herself doing art in the future, “As like a hobby or a side job. I don’t know if it’s like a full-time thing though,” said Sallee.