AFJROTC 's accomplishments and what they bring to McNary students 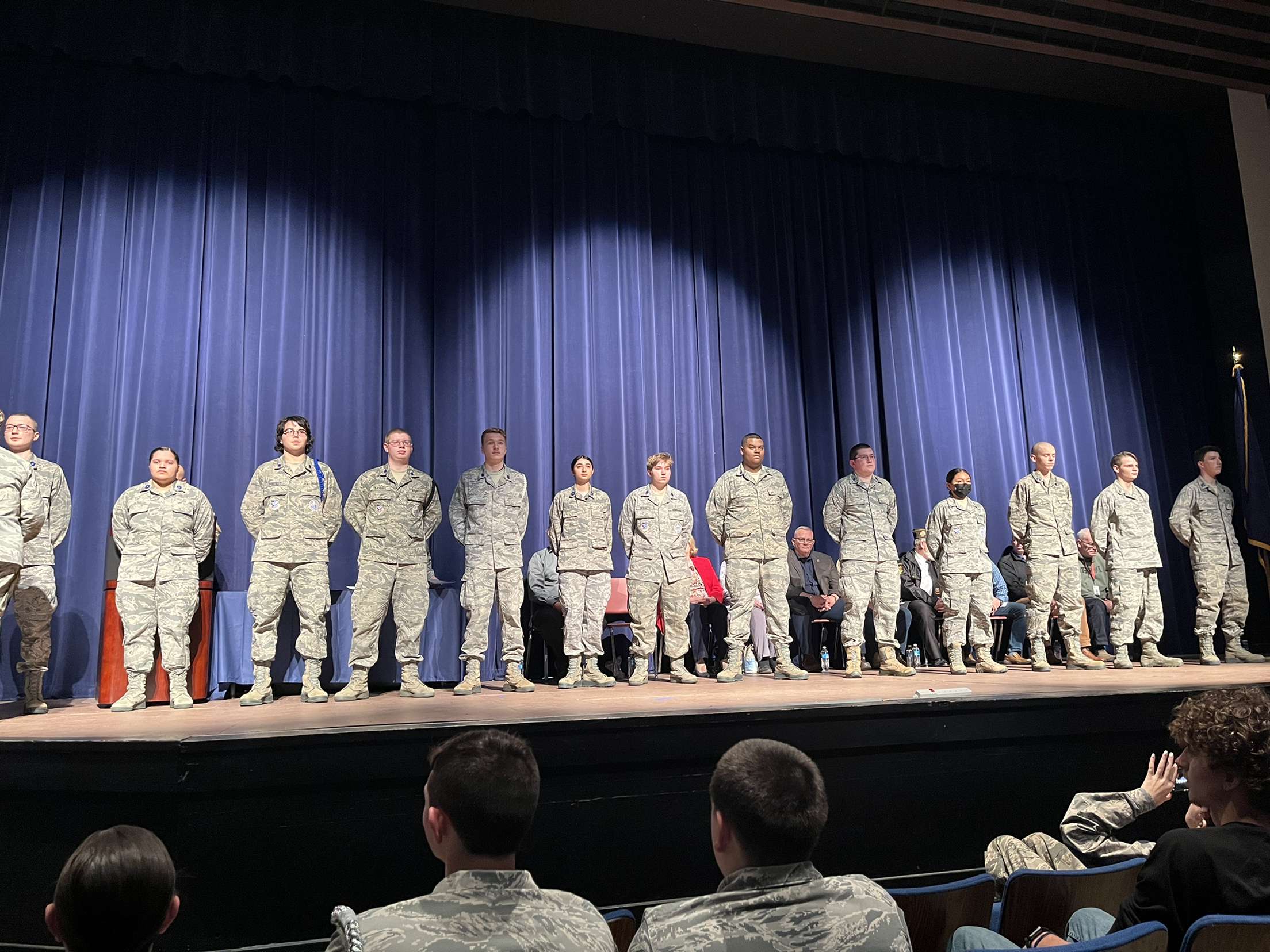 On May 6th, McNary AFJROTC held a combat dining out award ceremony for their Cadets of the core.

“This event happens every year to show off or recognize the cadets' accomplishments.” McKenna Neddo said, Cadet Major year 4 senior at McNary Highschool. Some of the categories of awards that some cadets were recognized for such as Outstanding cadet award, Tuskegee Airman Award, Daedalian award, Daughters of the American revolution award, Sons of the american revolution award, and Military officers association award. During the dining out they had also done a Nerf battle and obstacle Course for the Cadets based on the theme of Basic Military training (BMT).

“Creating a sense of unity of being family comes pretty easily especially Seniors being in the core for four years and doing activities or events such as community service,” Neddo had said. “Creating an atmosphere of being welcomed is trying to do activities involving Freshmen Cadets in events to get prepared to step into positions of leadership When the senior Cadet’s leave.” The uniforms that cadets are required to wear while being in the unit represents something much bigger than the AFJROTC unit itself. The cadets try to be respectful and prideful when wearing the uniform.

Neddo had made friends and memories through going to Hawaii with the AFJROTC unit, along with doing community service inside and outside of McNary Highschool, Going to Portland to the Airforce National Guard, and Young Eagles event down in Eugene (If the cadet has done enough community service hours). “I look up to the instructors Hammond and Martin-Vinas because they have made a huge difference in my life.”

“In the unit we just get to know each other and build stronger bonds day by day, and we try to include as many people as possible in everything we do and make sure everyone knows that they have support within the core,”. Jillian Libke said, Cadet Tech Sergeant year 2 Sophomore of McNary highschool. “The reason for the dineout is to bring the core and their families together and recognize cadets for their hard work.

“Personally it has made a huge difference in my life and the people and the program itself. The people have helped in just about every way and the program has helped straighten out my life.” Libke included. There are many fun activities, we have fundays for the cadets which consist of bowling, gamedays, etc. We try to make everything we do somewhat fun.”