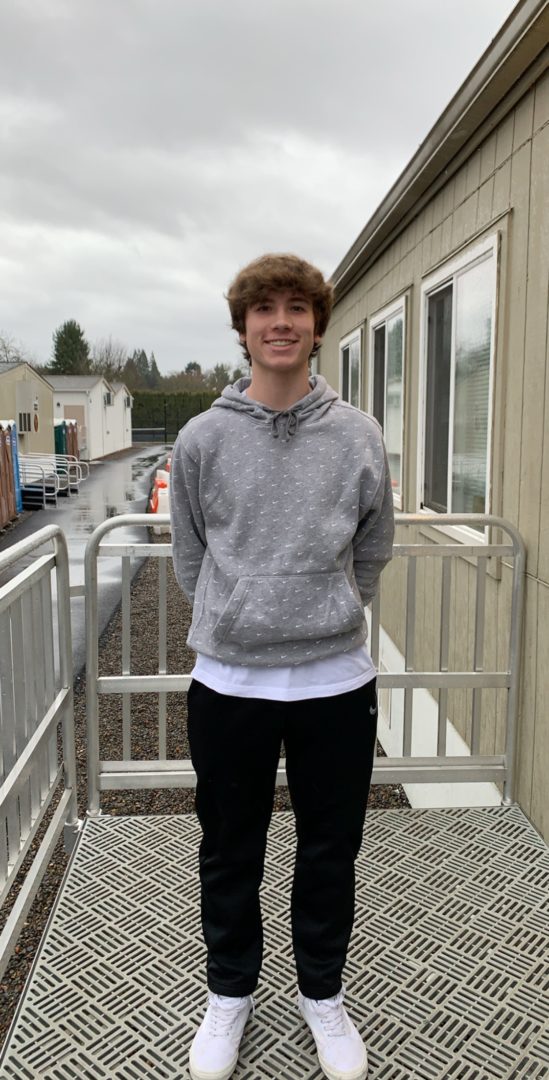 Gunner Smedema is a sophomore at McNary High School and plays for the varsity boys basketball team. He has been playing basketball for a total of about 9 years now, and his position on the team are point guard and the wing.

“Honestly just the community and my passion for it is my favorite thing about basketball and just hanging with my friends and having fun,” Gunner said.

His favorite piece of advice his coach has given him is to ‘give everything his all no matter what the circumstance is.’ “I’ve taken that to heart when I play,” he said.

Smedema said during practice, they practice on execution of plays and defense. He said the coach wants them to work on transition defense from offense. Gunner wants to personally work on pushing the ball more to fasten the pace.

He said, “Our chemistry, I think at the beginning of the year was pretty good. It’s been kind of off lately but right now it’s ok.”His goal to fix the chemistry is by hanging out outside of practice and bonding as much as possible.

Some personal goals Gunner has so far is to get good turn overs for the team, pushing the ball, and trying to play as a team instead of only a few teammates doing all the work. Some goals he has already accomplished are defensive stops and rebounds.

“I normally lead by example. That’s just my thing but I normally would just talk. Like if a bad play happens I usually just talk about it being positive, never negative because that’s not going to get anywhere. Especially when you’re down and losing and everyone is emotional. Someones always gotta be positive so I stay positive.”