Author:
By Kendall Lemons and Erika Robinett
May 19, 2022 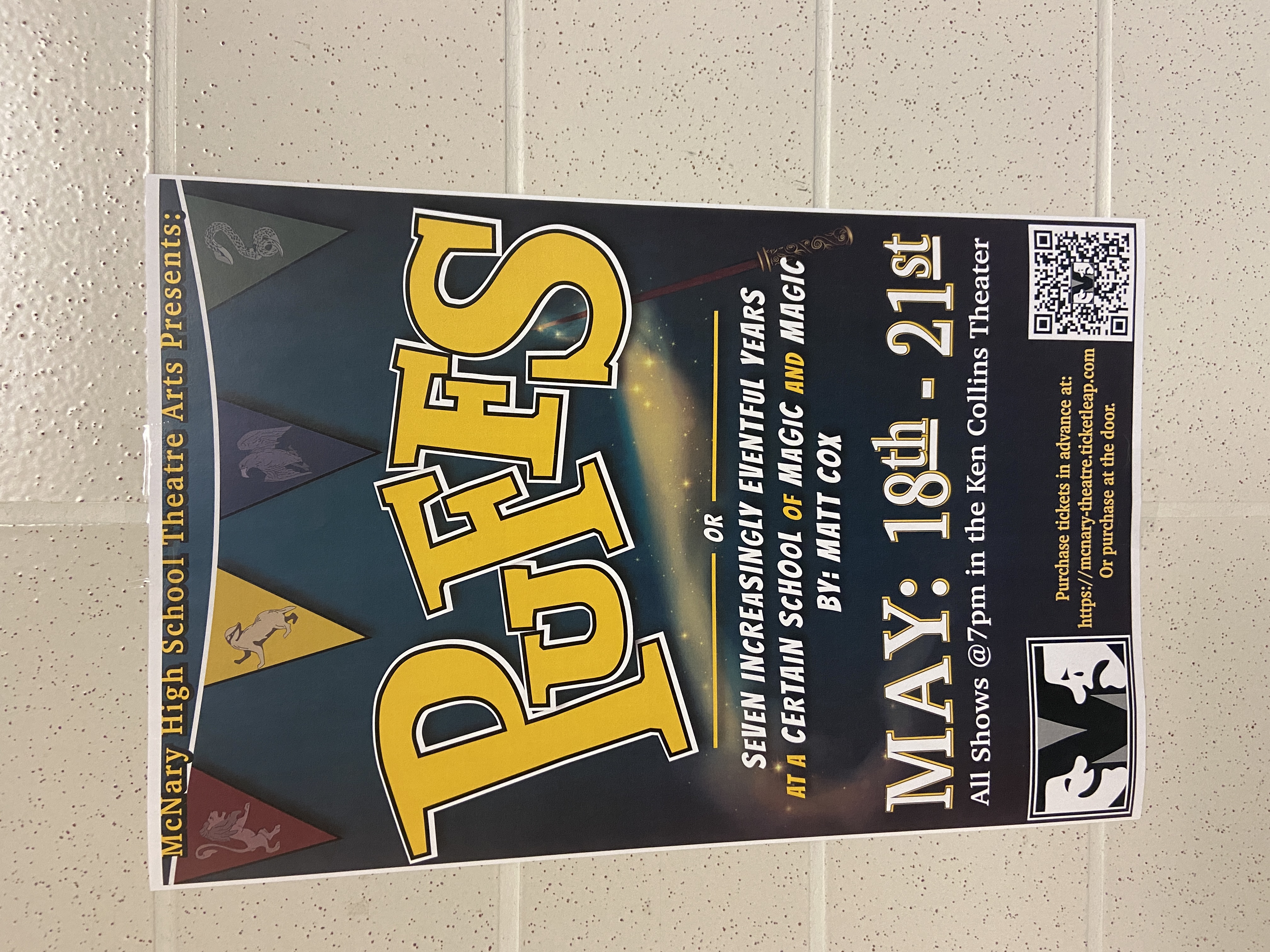 The theater department has a new production called “Puffs”. The play is a comedic retelling of the Harry Potter book series by J. K. Rowling, but from the perspective of the "Puffs", by Matt Cox.

“Come see it tonight, and Friday, and Saturday at 7 o'clock. 5 dollars at the door or you can buy your tickets online. We also have concessions,” said Mary Jesperson, an actress in the ‘Puffs” that plays Uncle Dave, Goyle, Fat Friar, Heromione #3, Clumsy Longbottom, Zach Smith, and Mr. Bagman.

The play follows Wayne Hopkins played by Victor. He's from New Mexico and lives with his Uncle Dave. He grows up just thinking he's a normal kid but then gets a letter to go to a school to study magic, and he gets sorted into the Puffs' house.

“So it's basically the Hufflepuffs but since it wasn't approved by JK Rowling it's just the puffs. So think of it as just a loyal friendly group. We consider ourselves failures but that's the best part about being a puff is that you fail a lot and if you never stop trying you'll succeed eventually,” said Kiele Jarnagin another actress in the play.

Jarnagin plays Cedric Diggory in the play, “He is kind of just like the leader kid of the group. I play him as like, since I'm a girl, like the mom character. He just really looks after all of the puffs”.

“It's a really fun show and it's probably one of the most difficult shows to do technologically, there are over 200 sound ques and a couple hundred light ques and tables and tables of props being brought on and off set every 30 seconds, it's a really funny play and just fun to do overall,” said Kara Everitt.

Everitt plays Susie Bones, “She’s just very sad throughout the entire show her whole background is that her family was murdered in the first wizarding war and that just becomes her entire personality”.

“It's very much a show where you can sing along with Zach Smith you could, or if you wanted to chant along with the music you could, and it's just one of those types of shows. It's one of the shows that you want to be involved with because there's some shows where you just want to sit back and watch but watching puffs is like ‘ oh my gosh I love every moment of this',” said Jarnagin.

Students are encouraged to go and watch the show. Again, tickets are available online or students can pay 5 dollars at the door to go see “Puffs” this play starting at 7 pm on the 19th, 20th, and 21st of May.