Pence workers give a tour of the construction. 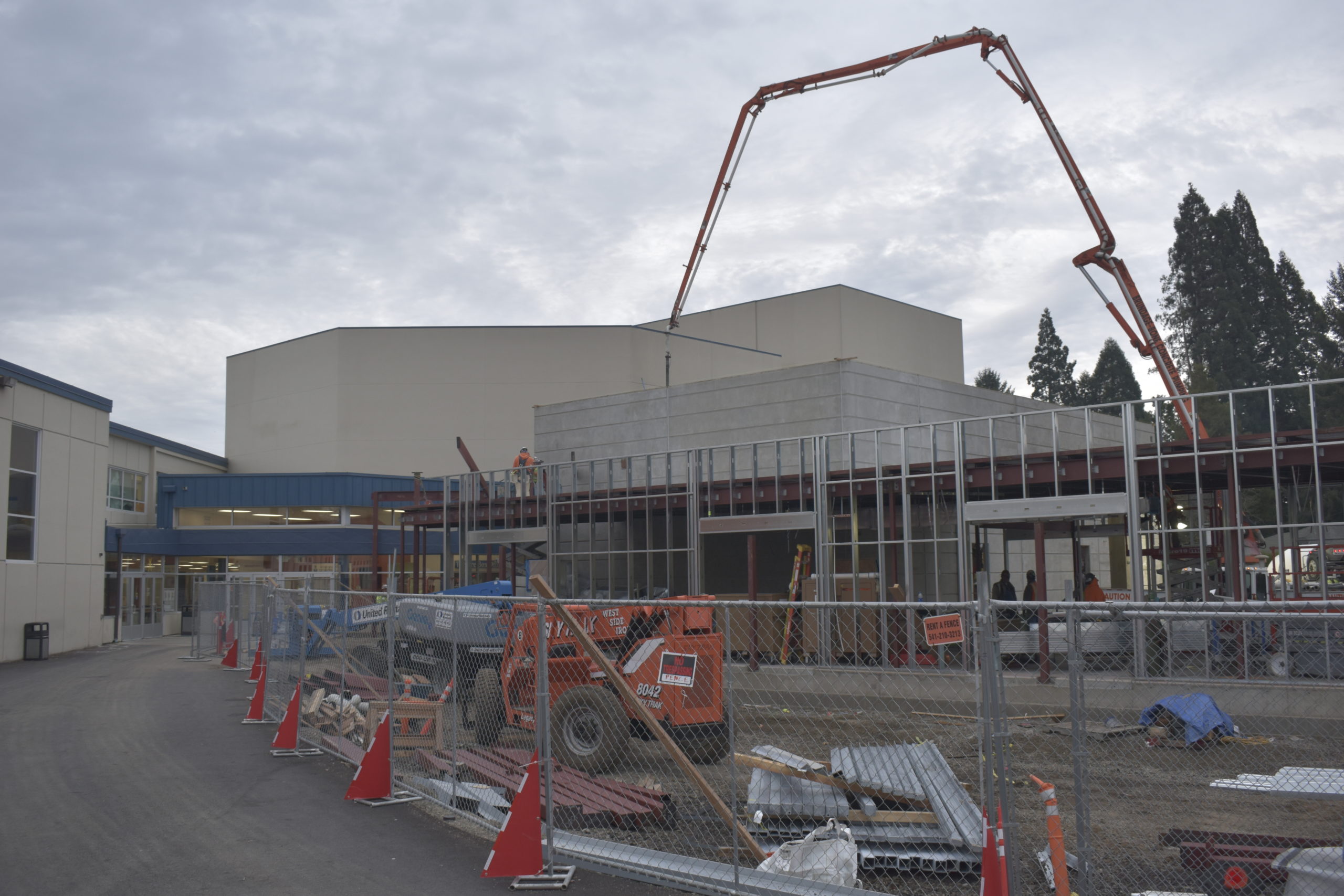 Recently Pence Construction representatives came to McNary High School to give a tour of the two building sights and to answer some questions about the project.

Pence is Salem Keizer’s regular and reliable choice for a construction company. “We have done other schools for them and we want to make sure we can continue to build more schools. We are building North Salem high school right now which is the same kind of model as here. We will be starting South Salem high school during the summer with some other schools still in discussion. When you find a good team that is good at it, you want to stick with them,” Brewer said.

One new addition of the school is the front of the building which is referred to as Area 1. “It will be the new entrance of the school. Their will be a new auditorium as well as sound proof rooms for music and vocal stuff. There will also be new administrative offices,” Brewer said.

With the brick walls done on the building it is safe to say the exterior is almost finished. “We will be installing windows shortly. Before you guys go to summer break the building will be 95% done,” Brewer. The construction of this addition used a different approach. “It is a tilt building. We poured foundation of slab. It’s an interesting way to put a building together. Instead of pouring in place we poured flat on the ground and poured the walls on top and stood them up in a stack like a puzzle,” Brewer said.

For students going to Mr. Melting’s auto body shop or going to the football field, there is no way they have missed the other building sight. “This is the north addition to the school. It’s going to be two stories with classrooms inside,” Brewer said.

“We are still in the beginning stages. It’s just skin and bones at this point.”

At this current point the foundation has been laid and cement walls have been put in reaching great heights. “We are still in the beginning stages. It’s just skin and bones at this point,” Brewer said. With a building so tall, lots are being done to keep it standing strong. “Temporary braces are holding it together. Then steel guys can take off sections  Not being afraid of heights must be in the job description. “Iron guys are getting on man lifts that take them 20-30ft off the ground. They have to maneuver around braces. It’s a well choreographed dance getting to piece of iron to the right spot,” Brewer said.

One piece of machinery can be seen from all over the community. “We have one of the largest cranes in the Pacific NorthWest here. It’s about 170,000 tons. It’s pretty fun to see,” Brewer said. With building an addition to a school it may be a concern getting the modern building attached to the existing school, but the people at Pence got it covered. “When this is complete we will move on to connecting on to the existing building. We are adding on instead of building new. It’s kind of unique in that way. Our architects make sure we build onto the existing connections. If anything gets in the way we give them a call and they make a new big stack of drawings,” Brewer said.

It is estimated that this building will be close to completion by this time next year.

Working on a job like this can get pretty hectic, especially with a large crew and lots of machines. “We started one year ago during the summer when there was no kids. It was a mad rush for three months and everything got cleared out. You wouldn’t recognize it,” Brewer said.

With construction projects such as the one at McNary being quite large, it is interesting to find out what is being used for the job. Here is a list of fun facts to put some of it in context.

SKSD buildings closed to the public.