McNary construction on schedule, on budget 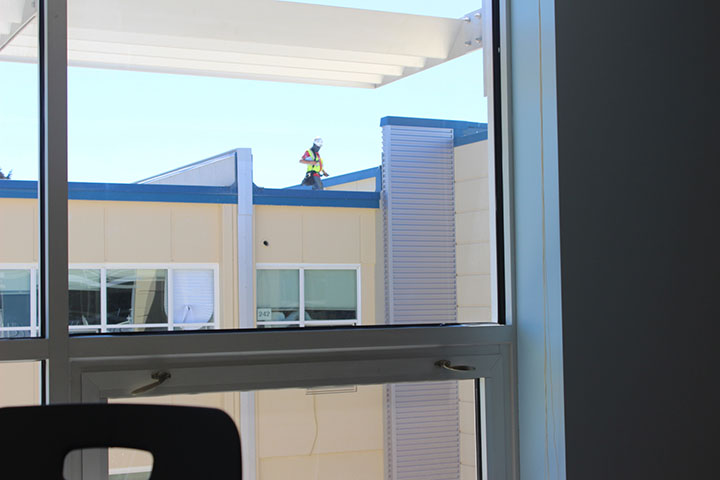 As McNary's $55 million construction and growth project is coming to a close, everything on the south end or the tennis court has  finished up and tools are slowly going away.

According  to McNary's  High School principal Mr. Erik Jespersen “things should be very close to gone by mid October."

Pence Kelly Construction, the General contractor on this project, are saying they are 95 percent sure it will be done on time, Jespersen said. This year's Covid pandemic  has actually helped the building process because there have not been any  students in the building to compete with or worry about their safety, he said.

Pence Kelly Construction was able to knock out walls, address plumbing and electrical projects, turn off water etc, which they would not have been able to do if there were students in the building, Jespersen said..

Covid and fires have also affected the process because shipping from China and other areas has been slowed due to these circumstances that were beyond everyone's control.  For example, Mr Frank Hansen's class has been affected the most because most of his new items for his class room were being shipped in. Mr Jespersen said they are right in budget for this huge undertaking.