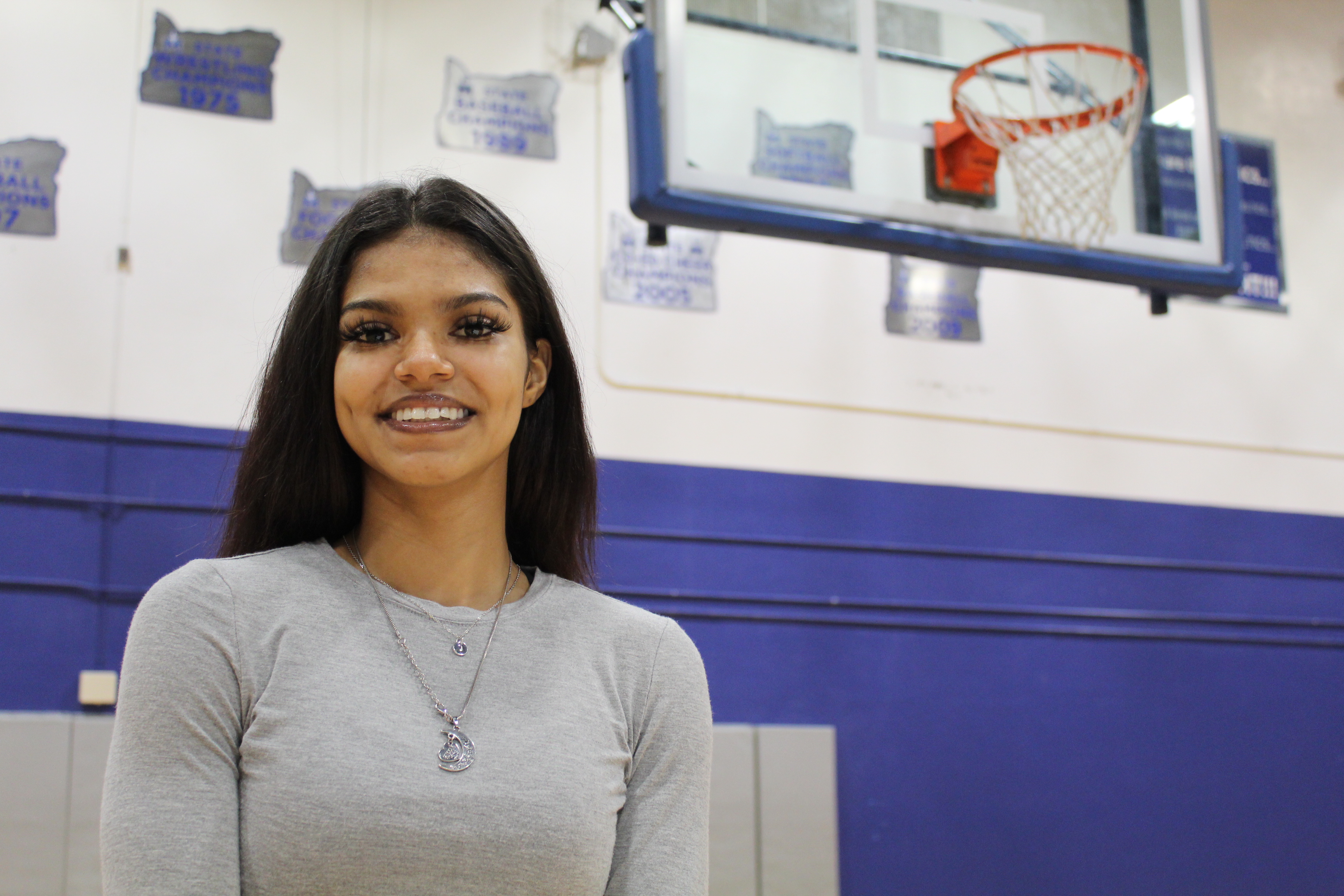 On March 31st, after the Seniors Vs. Staff Basketball game, the seniors had suffered an epic loss against the staff.

But In the end, everybody had so much fun playing against each other.

A student by the name of Jordan Lagrone (a senior basketball participant) was one of the many players who enjoyed the competition against the teachers.

She has had previous experience with basketball, but nothing as nearly as fun and exciting as the game that was played.

Lagrone stated that: “The game was really Good, and I enjoyed playing. It was super fun too.”

Lagrone was asked who had won and said that the staff won “sadly”.

The staff beat the seniors by 13 points, but she was surprised at how they played.

She was a little intimidated by the height at first, but then got over the intimidation and focused on the game.

Laughing at being asked if everyone played fairly, she finally answered saying: “Yea, they played fairly surprisingly.”

She was then asked who was the toughest player on their team, and she said Kyler Rodriguez, who was one of the the seniors on the team.

The main players who stood out the most to Jordan, was Mr.Murphy on the staff team, and… the whole senior team.

She was finally asked if she was going to join the WNBA. She said, “It was always a dream to be in the WNBA. But as I got older, Basketball wasn’t the only thing I wanted to do; but it will always be something I consider.”

Her plans after highschool is to be able to help people, encourage them, and show people that there’s always light at the end of the tunnel.