Friendly competition in a basketball game 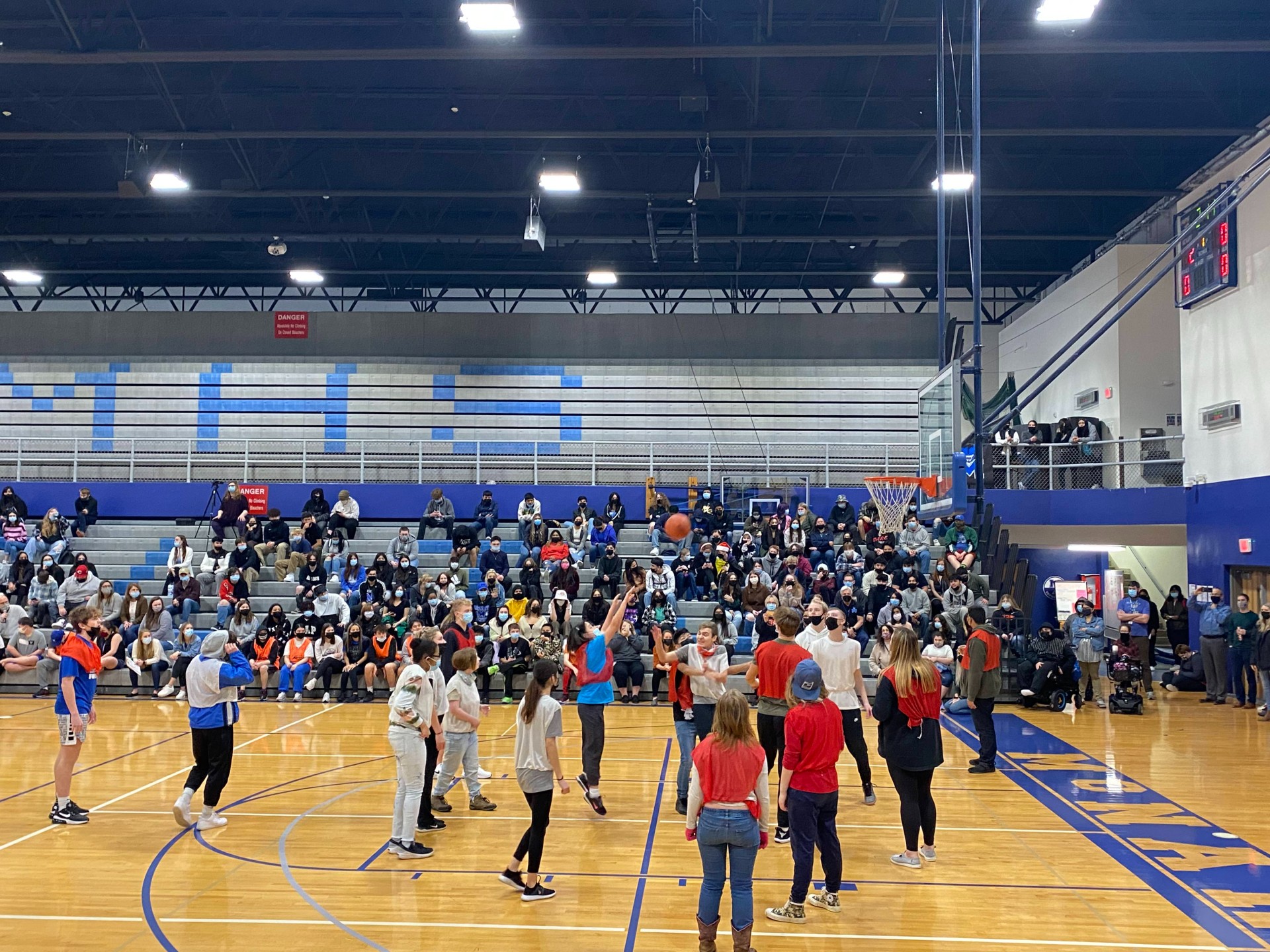 On Jan 10 our unified basketball team had played two eight-minute quarters to find the sixth-period basketball champions. High spirits and high scores give a great start to the week as the students have a fun, friendly, and safe game of basketball.

In the first game, the teams were orange against black. Skyler is a high scorer for the black team. Along with great defense on both sides along with amazing teamwork and good sportsmanship on both sides.

The game ends with a score of 14-10 with a win coming from the black team, although orange still fought hard, scored multiple points, and they still were having fun while doing it as well.

“It shows how fun all the students can be and we should appreciate them more,” Owen Alston(Junior) said.

This was played as a two-game championship so the next game was white against red with great runs down the court the full eight minutes. Everyone was running back on defense and making fast breaks on the other end.

Throughout the whole game, both teams fought hard ending with a score of 4 to 4. This was not as high-scoring as their previous games , yet they worked very hard in both.

Great shots were taken on both sides just unfortunately they were not falling. This never brought down any spirits though, they continued to smile and work just as hard as before. Something we all can do and learn from. Also, the students helping out during the games were also great attributes with lots of assists and rebounds.

Upset by no overtime the crowd still was having a blast.

“My favorite part was definitely when someone would score, the crowd was so full of energy and a really cool feeling,” Hailey Morris (sophomore) said  .

Keeping the energies high while also giving the players lots of motivation and overall just a great activity that never fails to make students and staff happy. Providing a fun break from the stressful week, people who were able to attend got some excitement to wake them up to get through the rest of the day.

“I thought that it was a cool and fun experience for everyone who went. I also think it is a great opportunity to show how awesome unified kids are,” Alston said.

This provided a good break almost mid-week for our McNary students as finals are around the corner.

“I thought it was a cool event for the players and the audience,” Morris said.

The atmosphere was amazing and really gave flashbacks from before covid when there were pep assemblies and just more activities that brought students together. So it is great to see something like that happen, especially in times like these where the community can play a huge role in a person and can bring up their day.

“I loved the unified game! It honestly warmed my heart and just watching them have fun was the best, and I can’t wait for more,” Jordan Lagrone (Senior) said.

This was an amazing experience for everyone and is definitely something the students will cherish as it was so fun even if you are not a big sports fan.