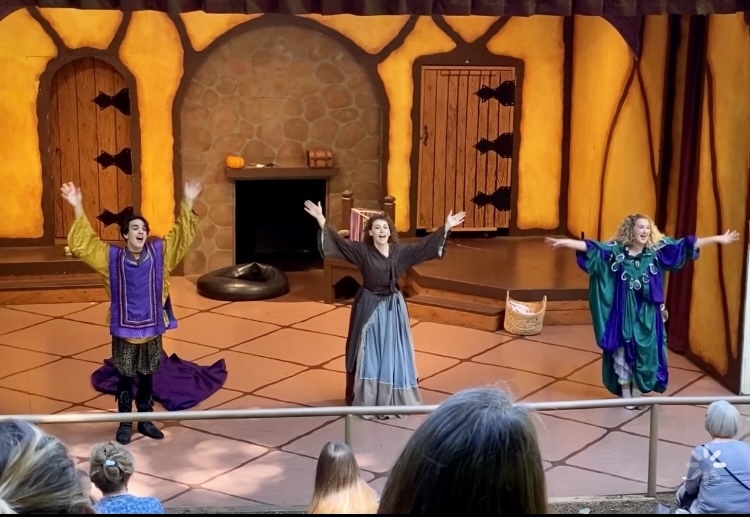 Coming this summer, an amazing play at the Enchanted Forest, with McNary’s very own Talia Medlin.

Talia Medlin, a junior, is rehearsing to play the role of the movie director in The Great Gatsby, and currently is working at Enchanted Forest. Medlin plays Princess Peutra in the Princess and the Pea, and she works about 219 shows. This summer she believes that she will work up to 300 performances. In one day Medlin can do four performances.

“It's really fun honestly, we get to perform for the children and make them laugh and smile,” said Medlin. “It’s one of the best things I think I’ve had the opportunity to do”.

Some say the theater productions are the best thing about the enchanted forest. It’s the highlight of many people’s trips. These performances are a staple of a lot adult’s childhoods, and you can often find them enjoying the shows more than the kids.

Working at the Enchanted Forest in the summer can be tiring. Medlin wears two costumes at once.

“It will get about 100 degrees everyday,” said Medlin.

Audience size can range from 40 - 100 people. There are a lot of little kids, but they’re are also a lot of adults as well. Medlin gets recognized outside of the Enchanted Forest by adults because of her role in Princess and the Pea.

Medlin is not sure about making a career out of performing, but is open to community theater in the future.